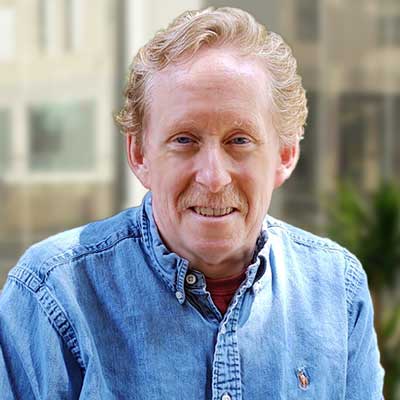 I noticed that my left arm and leg were a bit sluggish. Nothing big, just sluggish. It got to the point where family and friends (especially my children) were telling me I was walking like an old man. Hey, I was only 54 years old. My primary care doctor referred me to a MedStar Neurologist. After about an hour, the MedStar guy said I could have Parkinson’s, MS or maybe I had a stroke. Weighing my options and “googling” the heck out of it, I was hoping for a stroke. I thought it would be the easiest of the options. I wanted a second opinion.

On May 15, 2018, Amy (my wife) and I drove into Baltimore and met with Dr. Friedrich Von Coelln at the University of Maryland’s Movement disorder clinic. Such a great guy! Dr. V ran a series of “snap your fingers” and “walk down the hall” tests. In this one meeting, I was told I had Parkinson’s. I was kind of shocked. Amy said she expected it. I accepted the news, let family and friends know and bolstered on. This is where the journey begins.

From day one I have tried to be as upbeat as possible. I figured “I’ve got it. What can I do about it?” So I started researching the cause. We all know the answer to this. I then turned to “I got it, what can I do to put an end to it?” I found support groups, Rock Steady classes and people who care, I surfed the web and all the typical sites. When I got to the Michael J. Fox Foundation I was intrigued. I could play a role in defeating Parkinson’s, we all can.

After talking it over with the family, I submitted some information online. A few days later I received a follow up call. The Michael J. Fox Foundation wanted to talk to me about their Parkinson’s Progression Markers Initiative (PPMI). PPMI looks at biological markers regarding the risk and progression of PD. Basically, Rick Grant was becoming a guinea pig.

The first step with PPMI was a 23 and Me genetic test through Indiana University. An in-home saliva test kit quickly arrived. A few weeks later I got my results. It turns out that I carry a LRKK 2 gene mutation which is seen in some Parkinson’s patients. It seems that those with Ashkenazi Jewish heritage are more prone to the LRRK 2 mutation. You have got to love genes. The Fox Foundation welcomed me with open arms.

Twice a year Amy and I travel to the University of Pennsylvania Hospital for a battery of tests (cognition, blood, urine, lumbar punctures i.e. spinal taps, balance, etc.). We meet with neurologists, genetic counselors, movement specialists and project administrators. Each is top of their craft. They are not only great at their jobs, but they are kind caring people. FYI – I really dislike the cognition tests. Who can count backwards by sevens?

The Fox Foundation is always looking for participants either with or without Parkinson’s. Through their leadership , we will put an end to Parkinson’s. If my participation helps future generations avoid Parkinson’s, then the job is done. The journey continues – up next the Denali red pill.